All current proposals change the federal tax law that will have a significant impact on future estate planning and may disrupt existing plans.  Such amendments would affect both the amount that each person is able to pass free of estate tax when they die (commonly referred to as the “estate tax exemption” or “unified tax credit limit”) and the tax rates applied.

One proposal proposes a decrease in the estate tax exemption to $3.5 million from the current $11.7 million exemption.  Since the inception of the estate tax, it should be noted that the current exemption amount is the highest ever in the United States.  The same proposal would increase the tax rates for the estate, creating a top rate of 65% and a minimum rate of about 40%.  The estate of a single person who dies today leaving assets valued at $11 million would not pay any federal estate tax under the current law in most cases.  Under the changes proposed, that same single person or their family would pay approximately $4.7 million in federal estate tax at their death.

In addition to changing the estate tax exemption, the current proposal seeks to reduce the exemption for lifetime gifts to only $1 million.  Currently, the gift tax exemption essentially allows an individual to use all or a portion of the $11.7 million exemption on making lifetime gifts rather than waiting to use it the same exemption amount at death.  The bill would also place limitations on gifts that qualify for the gift tax annual exclusion (currently $15,000 per beneficiary).  Lifetime gifting, as a component of estate tax planning, can be an effective and efficient way to use the exemption amount, if properly implemented with the right assets.

The current tax rules mean that .01% of the U.S. population has to deal with the effects of the Estate tax. These proposals, if enacted, would create a sweeping change that would mean anywhere from 2% to 5% of American households would be impacted by the Estate Tax at their death.

When Will These Changes Take Effect and What Affected Persons Should be Done?

There is no way to know for certain when and if all or some of the proposed changes will be enacted.  Likewise, there is no way to know for sure, once passed, when changes will take effect.  However, the reduction in the gift and estate tax exemptions noted above, as currently proposed, would not apply until January 1, 2022.  Likewise, it is rare for Congress to pass laws which have a retroactive effect.  For these reasons, it appears that the current tax limits and rules can be utilized to preserve a higher tax exempt status—taking advantage of the current exemption that’s currently $11.7 million to avoid the proposed much lower rates at $3.5 million shortly— for assets that will still be respected at a later date.  At a minimum, taking action now is unlikely to provide substantially less tax savings in the future.  In many cases, individuals could benefit from these estate planning arrangements which are implemented before any new legislation is enacted. 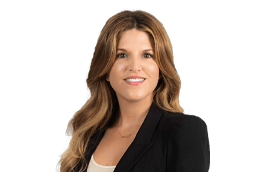 Areas You May Also Need